Close
Menu
0
You have no items in your shopping cart.
Menu
Search
Shopping cart 0
Filters
Personal menu
Video: Say "Hello" To This Throwback Book Of Mormon Performance Video: Children Of A Lesser God Reminds Us To Listen

This year, The Phantom of the Opera celebrated 30 magnificent years on Broadway.

Winner of 7 1988 Tony Awards including Best Musical, there is no question why it is now the longest-running show in Broadway history. The timeless story, the unforgettable score and the undeniable obsession that could never die continues to resonate with audience.

Broadway Inbound groups book time and time again to see The Phantom of the Opera. Luke N. commented that it was his 19th time seeing the show. Ana P., a high school art teacher, said “My students fell in love with Phantom! They couldn't stop talking about it. They sympathized with the Phantom and his broken heart. It was the first Broadway show for many of my students and they will never forget the experience.”

In honor of this wondrous occasion, we were able to interview Raquel Suarez Groen, who currently plays Carlotta in the production, and find out what it takes to be part of such a monumental show:


What are the challenges of singing on a Broadway musical?
Raquel Suarez Groen: Because we sing 8 shows a week, one challenge is to avoid getting into a routine. I always try to make each and every show new, with vibrant ideas so nothing ever gets predictable.

How do you take care of your voice?
RSG: I love to steam (thanks to my Mabis steamer), I avoid loud places, drink plenty of fluids, and avoid dairy and gluten in my diet. I also still see my voice teacher, Joan Lader every two weeks to keep a strong and healthy technique. 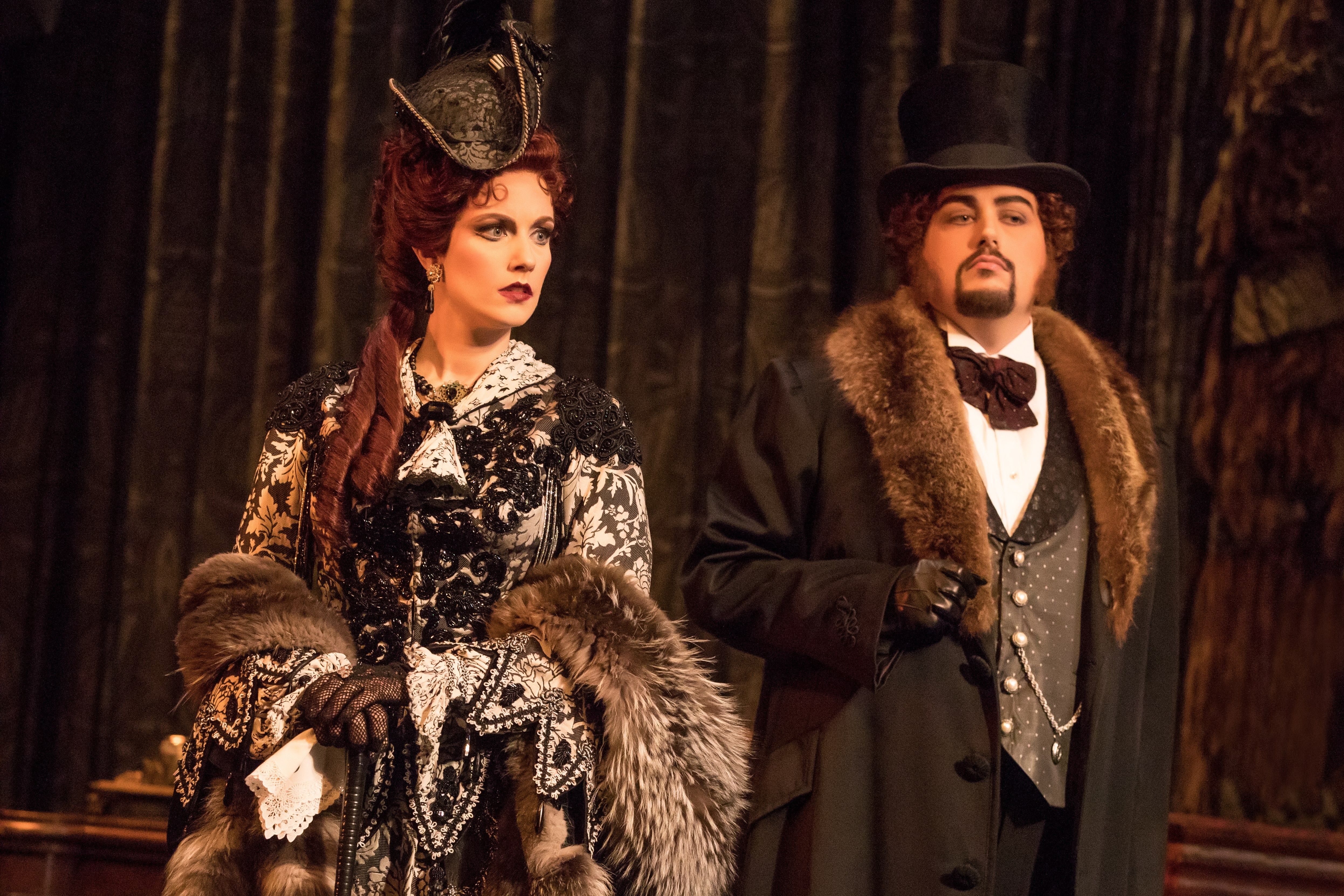 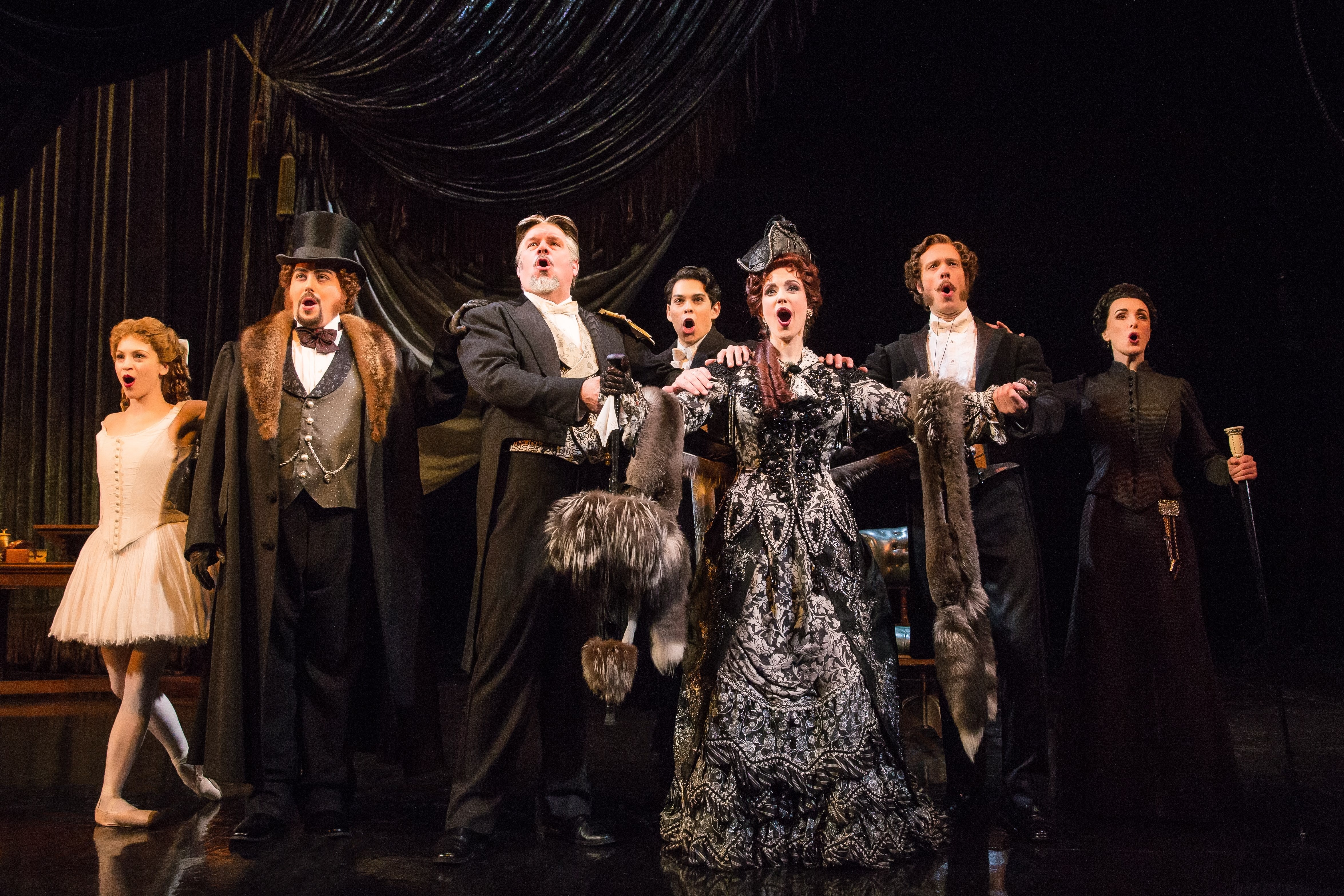 Are there restrictions regarding what you eat and drink?
RSG: Yes, I personally stay away from dairy, gluten, caffeine, and alcohol. It’s not always easy, especially because I am obsessed with bacon cheeseburgers!

How do you take care of your voice during the week?
RSG: I mostly stay quiet during the day, and I steam a lot. Your voice is your instrument – so you must learn to take care of it above all else.

What is your routine for your voice on the day of a performance?
RSG: On a performance day, I make sure I get plenty of rest the night before. I make sure I eat a well-balanced breakfast and early dinner, steam, and do a light warm-up around 4pm (for an 8pm show). I then get to the theater around 6:30pm, stretch, steam again and do a full-warm up about 45 min before curtain.

How is The Phantom of the Opera different from other musicals you participated on?
RSG: The first day that I arrived at Phantom, I felt like a kid in a candy store! It’s an incredible production, not only because of the gorgeous music – but everything is grand! The chandelier, orchestra, costumes, incredible singers and conductors – it’s even incredibly impressive when you go underneath the stage and see how everything works. Being an opera singer, I had been in ‘grand’ productions – but somehow this blows everything else out of the water. Also, I was so impressed because everyone there knows exactly what they are doing. If something goes wrong – there are 12 back-up plans already in order!

How was the audition for the musical?
RSG: I have to say that my auditions for Phantom had always been super positive and fun! I had auditioned for the Phantom of the Opera Tour twice (2015 & 2016) and then for the Broadway show in the summer of 2017. I was given sides (Prima Donna, Cadenza and the “These things do happen" speech). After my initial Broadway audition, I was given a final callback that was being taped for Andrew Lloyd Webber, Cameron Macintosh, Hal Prince and David Caddick (no pressure, right?!) I also had the honor of doing a working session with Kristen Blodgette and Seth Sklar-Heyn – and then had to nervously wait for the results for a month. 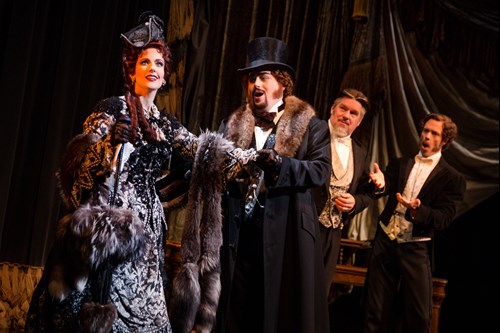 How did you decide to audition for it?
RSG: Carlotta Guidicelli had always been my dream role! So it wasn’t a matter of deciding – but a matter of when the Phantom team would be willing to hear me!

How do you feel participating in a musical that has been on Broadway for 30 years?
RSG:It is such an honor and I am beyond excited! I feel so blessed and it still feels like a dream! Also, because Carlotta had always been my dream role – I feel so lucky to get to participate and celebrate this shows’ incredibly, well-deserved run! Here’s to at least another 30 years!